About Kiss or Gossip

Out of all the otome games for smartphone I've played these years, GGParty was my absolute favorite. I'm not going to say it was groundbreaking or a masterpiece, but it was very fun. I found the stories so entertaining and the characters so charming. I was totally obsessed with it, and honestly I still am.

It's funny because when it was first announced during summer I was kinda meh about it. I've never been interested in the Gossip Girl TV show and I didn't know if I could bring myself to play an otome game inspired in that story, even if I loved trying new games. I ended up downloading it and trying just because there was a special promo going on and I would get some items for Be My Princess: Party, another Voltage game I was playing at the time.

I was totally hooked after the prologue.

The game lasted for little more than a year, which is not a lot, but during that time it made me really happy. When they said we wouldn't get any new stories, that was upsetting for me, but bearable. But when it was announced the game wouldn't be playable anymore after a couple of months... That broke my heart.

Thinking about something that was so dear to me being lost forever made me feel unbearably sad and frustrated. That's why I'm doing this. That's why I created Kiss or Gossip. And it's my intention to share as much as I can, for as long as I can

Kiss or Gossip is named after an event released on Celebrity Temptation. This event never was fully released on GGParty, however it was part of Sweet Moments, an image collection released for the anniversary of the app.

Initally this name was just provisional. I didn't want to simply use the name of the game as the name of my page, but I've never been good at naming things. I randomly saw info about this event while I was looking for something to use and I liked it well enough. I grew fond of it in the end so I kept using it.

I created this website in 2019 but technically the "project" started in 2016, almost right after GGParty disappeared.

When GGParty started releasing events back in 2015 I already was pretty obsessed with the game. Or at least obsessed enough to decide I wanted to record all the event stories so I could always have access to them. Initially those videos were just for me, I didn't intend to share them online.

When the closure of the game was announced I started to record everything else. All I could. I made a bunch of new accounts to manage that too. Those 2 months were exhausting (and depressing) for me.

While doing that I was wondering if I should share post all these online for other fans as well. I felt very conflicted about this because technically it's not allowed, and I don't want to cause trouble. But at the same time, the game was going to disappear and all the stories with it… I really couldn't stand that thought so I made up my mind.

Since december 2016 I've been sharing my videos in private groups on Facebook, and later on Google+ too. In my opinion Google+ was great but very few people used it, and the platform disappeared this spring. I never liked Facebook much for this kind of stuff but there are many people who do use it for fandom, so at the time I thought it'd be the best choice.

But it's been 2 years and at this point I'm tired of trying to be secretive about this. I decided to share the videos in public and just hope for the best lol.

I needed a place to post the links and the pics, and after the Tumblr purge last year, I've seen a few people saying that we should go back to creating websites like people used to do before social media. I love that kind of thing so I was totally fascinated with the idea.

So here is the thing. 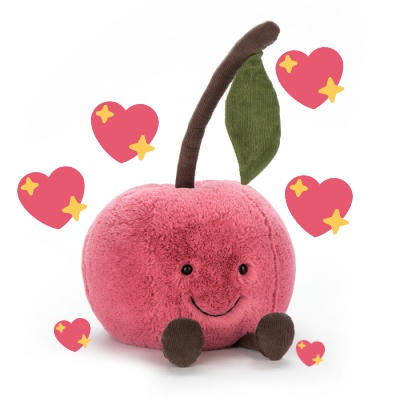 I am just.. a little cherry. That's it. I Cannot change this